The Importance of Memes 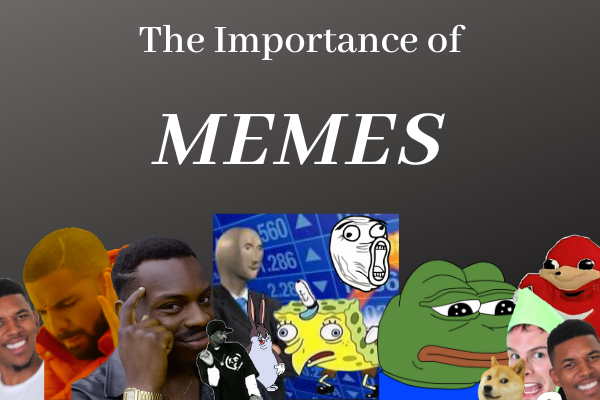 The Holy Trinity of Memes- Featured Image depicts most iconic memes of all time.

/mēm/ noun, a humorous image, video, piece of text, etc., that is copied (often with slight variations) and spread rapidly by Internet users.

Beyond the definition, memes can mean anything to anyone. It’s times like these where we can get hopeless and sad, there’s nothing better to lift our mood than a meme.

In our school community, an anonymous Instagram user is lifting people’s moods every day with memes: The MACES Memer. he said. He believed the juniors’ premature memes on winning the game seemed fun and brought the juniors together, so he decided to start making memes.

In a general sense, memes have evolved immensely from what they first meant. At first, memes were used as a way of “trolling”, messing around with people and have turned into this generations’ way of dealing with traumatic experiences. “I think people have become more creative, they have started using traumatic experiences to make something humorous,” the MACES Memer said. He feels that the generation might be more anxious and scared if it weren’t for memes making them laugh. Like The MACES Memer, Maximiliano Espinoza, a junior, is a meme enthusiast himself.

“Currently my favorite meme is the “stonks” meme” both Espinoza and The MACES Memer replied. “Stonks” is an intentional misspelling of the word “stocks”, which is used when making jokes about making poor financial decisions. “Going on Instagram and Reddit to find memes when I’m bored or sad makes my day,” he said. He has developed a liking of the Memer’s style of memes, as it seems they can get away with making memes regarding any issue with the school. Through the “coronacation” the MACES Memer continues to post about things affecting students. 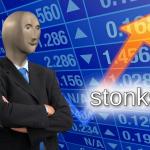 The picture to the right depicts the “stonks” meme.