Losing to COVID, and Ourselves 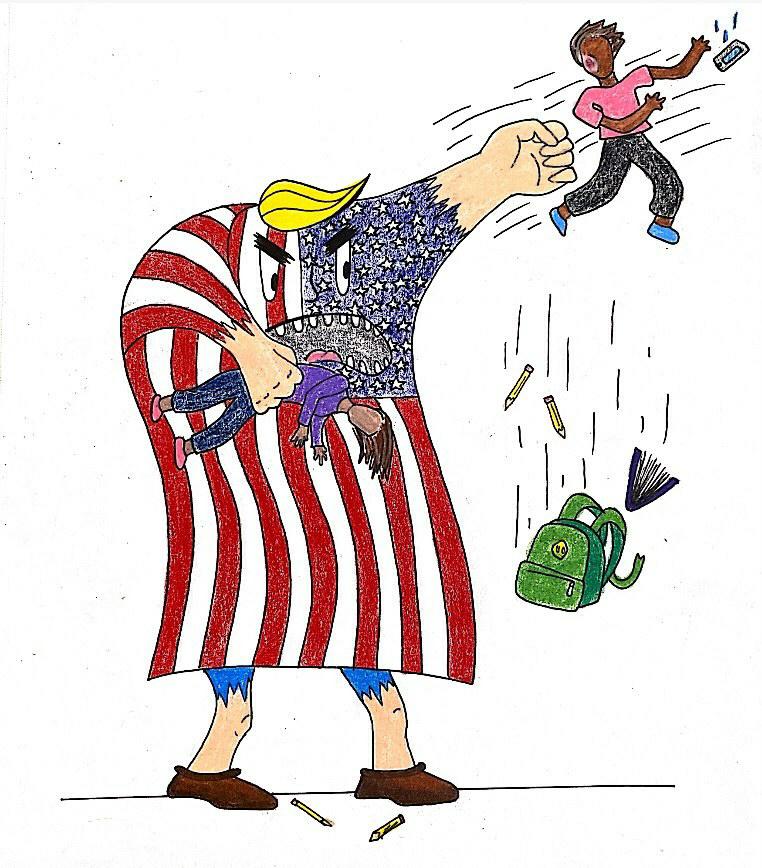 THE UNITED STATES IS HURTING STUDENTS- The U.S. had a very late and poor response towards the pandemic. As a result, students are now experiencing an uncomfortable situation. "Teachers move a little too fast, time management at home is difficult, and virtual learning is very different," Valerie Cervantes, a freshman said.

“I really wanted to go to the homecoming dance and [even try] cross country,” Cesar Romero, a senior, said. There’s a lot of questions being asked about what the final year will look like for seniors. It was meant to be a big going-away year where they enjoyed the fruits of their labor. Unfortunately, the Class of ‘21 will miss out on most of their senior year experience because of the pandemic.

“I joined the soccer team, but I didn’t get to go. The interaction with teachers in person helps students a lot because they [can] ask questions right away,” Valerie Cervantes, a freshman, said. Interactions and in-person activities are a huge part of the school, and lacking them is a huge detriment for the emotional health of students.  It’s evident that students are struggling, and there isn’t much they can do besides stay home and hope for the best.

A lot of people are concerned with their health. They are putting forth their best effort to get rid of this virus. Unfortunately, there are far too many people that seem to forget that there’s a pandemic going on. Arguments like “it’s not a dangerous virus” or “masks do nothing” are frustrating. It takes no genius to know that it is much better to wear a mask. On top of that, people are often seen in the media gathered in large groups as if the virus wasn’t a thing. Some people seem to believe quarantine is over and the pandemic was something from a couple of months ago. While other countries are fighting against the virus, Americans are still working through it.

The United States has the most cases in the world. According to Alex Fitzpatrick’s Why the U.S. Is Losing the War on COVID-19, the U.S, the U.S was among the countries best suited to deal with the pandemic yet their “failure of political leadership” explains the nation’s failures. Fitzpatrick lists “a distrust in scientists,” “media and expertise,” and “cultural attitudes about individualities and values placed on life” as the cause of the inadequate response to the pandemic. It’s easy to fault the American citizens but many of the United States’ elected officials took the viruses lightly. When the president himself downplays the virus, it’s not very surprising that most people would follow his lead.

It’s irritating but something just as frustrating, Zoom. When it comes to people being kicked out of calls, slow wifi, or people being unable to join meetings, there isn’t a better platform than Zoom. “I think interaction is important, because it helps teachers know how you learn. It makes you feel more comfortable asking people questions,”  Melissa Gonzalez, a sophomore, said. All criticism aside, Zoom does work well; however, the internet isn’t perfect and people don’t want to have to deal with problems like these. They just want to go back to school, because, ironically, that’s their comfort zone.

“I think since online learning started last year when I was in 10th grade, I had nothing to do but now that I’m a junior, I feel like it’ll be a little bit harder to work at home. I’ll miss out on our year,” Uriah Rodriguez, a junior, said. Last school year students were a bit dismissive towards the reality of the situation but this semester everything began to sink in.

Students in a way gave up after being sent home; they stopped attending class and it was really chaotic. This year, for the start at least, students will have more technical issues than they’ll have social interaction; it won’t be fun. The point is that in school, there are fewer complications. Despite this, there’s still a chance we’ll have to put up with these frustrations for a while all because of the decisions Americans make.

According to Ian Bremmer’s The Best Global Responses to COVID-19 Pandemic, when compared to countries like Taiwan and New Zealand who quickly closed their borders, or South Korea and Singapore that had an aggressive approach when it came to testing for the virus, the United States left a lot to be desired. Even its neighbor Canada, although being better suited for it due to its healthcare system, performed much better. They ramped up their testing more quickly than the U.S. did. They isolated the sick the same way the countries mentioned before did. When the president brings up stats that make the U.S. look better, something isn’t right.