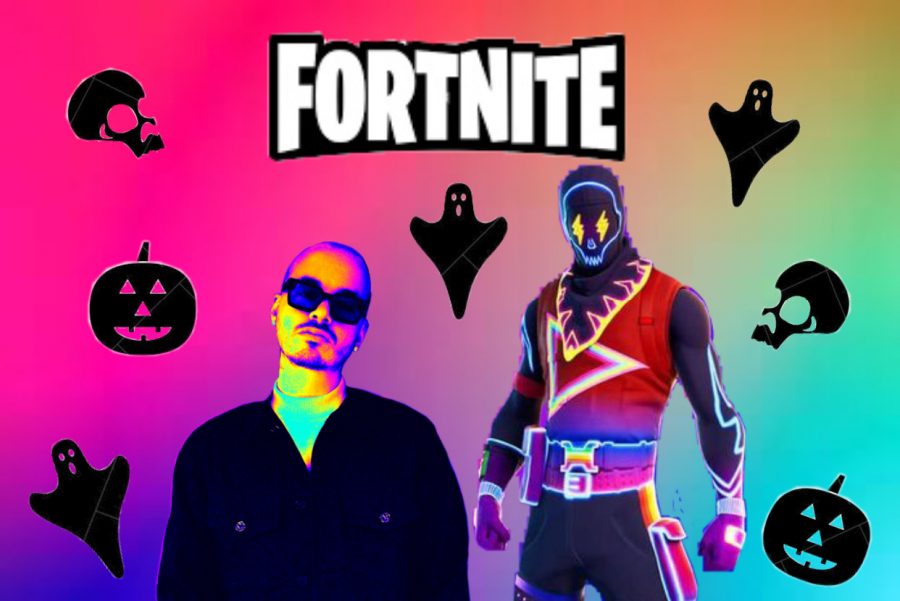 On October 31, 2020, J Balvin united forces with Epic Games to bring fans a Halloween themed virtual concert at the main stage in the video game Fortnite. Millions of users across the globe attended this one-time experience.

Jose Balvin, better known as his stage name J. Balvin, made history by becoming the first Latin artist to hit the stage in the global video game Fortnite.

On October 31, Balvin gave users a 38-minute long concert. He opened the show rising out of a pumpkin dressed as Frankenstein singing “Reggaeton,” one of his many hits.

The concert came soon after various successful performances on the video game by artists such as Travis Scott, Marshmallow and BTS. Users who bought the limited-edition Party Trooper skin ahead of the concert were able to unlock a free and exclusive J Balvin style.

Balvin performed songs from his recent album, Colores. There were guest appearances during “Con Altura” from Rosalia, “Que Pretendes” from Bad Bunny, and “Ritmo” from BlackEyedPeas. He premiered his newest single, “La Luz,” alongside Sech.

The show closed with Balvin performing his biggest hit of all time “Mi Gente,” where his dancers were dressed up as Fortnite dancers. At the end of the concert, he thanked everyone from the bottom of his heart for attending. He is proud to be sharing the richness of Spanish music globally, but most importantly to be representing his hometown of Medellin, Colombia.

For two weeks only, fans can purchase J. Balvin X Fortnite merchandise on his website. Items range from hoodies and sweatpants to beanies and tote bags.

Balvin is a big fan of Fortnite himself. “Partnering with Fortnite is an out of this world way to perform a concert in 2020,” Balvin said when announcing his collaboration with Epic Games. He was closely involved with planning and directing. He brought in his creative directors, Antony Ginandjar and Ashley Evans, from The Squared Division to help with visuals. “Epic Games’ request was if Jose was willing to run with this Fortnitemare theme. And Jose was really excited and couldn’t wait to do monsters and ghouls. And so we went there,” Ginandjar said.

Not only is he performing and releasing new music, but he also recently collaborated with McDonald’s to create the J Balvin Meal. The meal includes a Big Mac, medium fries, and an Oreo McFlurry. The meal costs $6 when people show the coupon found exclusively on the McDonald’s app. If not it costs $12 and people who order on the McDonald’s app will receive the McFlurry for free.