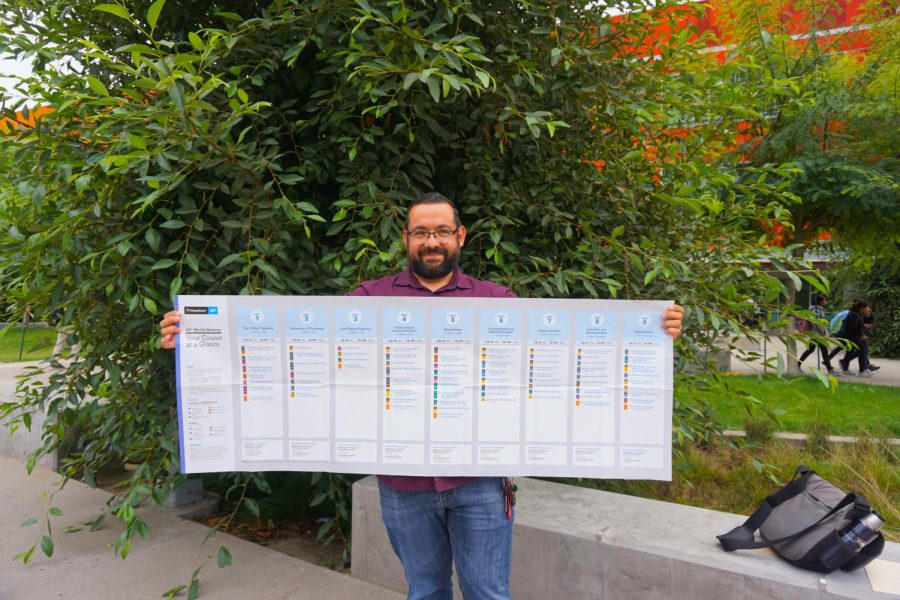 As most AP world history students of 2020 know, the AP test has been shortened by a vast majority from the previous year. Around 10,000 years of history is being cut out from the test- from the Paleolithic Era 40,000 years ago to the year 1200, the time of the Crusades.

According to a Washington Post article, “AP World History course is dropping thousands of years of human events — and critics are furious”, by Valerie Straus, Zachary Goldberg, a collegeboard spokesman, stated that eight in ten teachers for APWH couldn’t finish the curriculum and that despite many efforts to make questions clearer, students are still not fully grasping the basics of the course.

There’s no change in the rubrics or the exam but rather in the content within the exam. So what does this have to do with MACES students?  Well, if a student decides to take the APWH test in the oncoming years, the good news is that learning the materials will be manageable with a shortened period. “The goal is to make the test, not easier, but more accessible because they [College Board] took out a big chunk,” Mr. Nolsaco, the AP World History teacher said. According to Nolasco, “Accessible meaning if they [Students] study, they’d be more-likely to pass because there’s less to study.”

So, did the test the previous year really include the 10,000 years taught in the curriculum? “I think the test had a bit of everything, especially in the multiple choice, but I feel like the DBQ and the free-response ones were centered around specific periods that I think they like to focus on.” Andrea Arellano, a junior who passed the APWH test her Sophomore year said.

The shortened amount of subjects within the test was made so that students could more easily pass. “To cover 10,000 more years of history was intense,” said Nolasco, “So I’m glad they made the change.” Until after the people who take the APWH test in 2020 take it, it is unknown if the test change has really helped improve the passing rates.