Smackdown of the Century 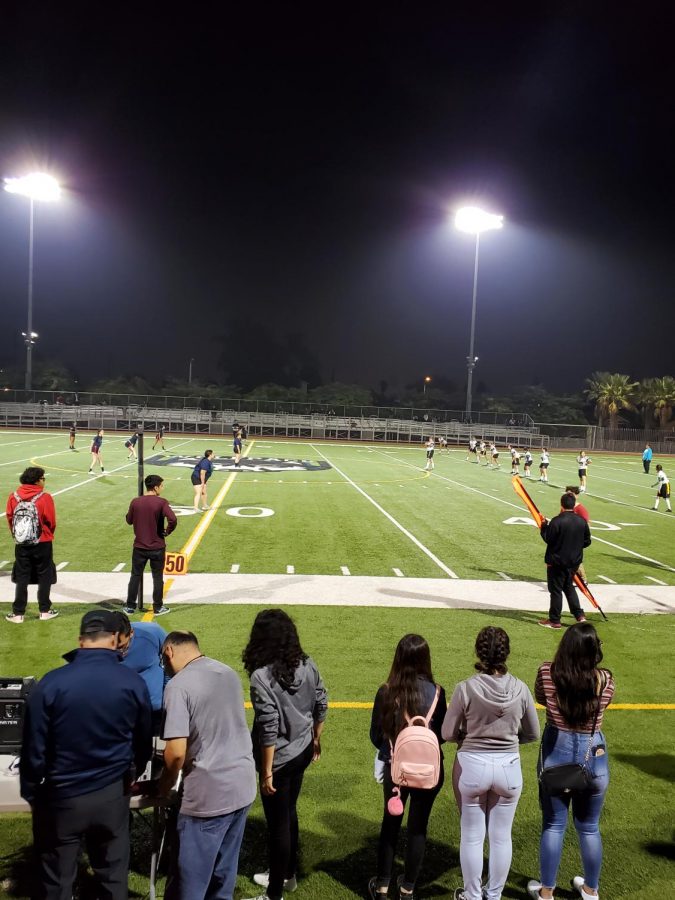 Before the game even began, the players had forecasted that their class was going to win.  The seniors were confident that they were going to win and the juniors were also confident that they themselves would win. The previous year the current senior class had played and won last year’s powderpuff game. It was then no surprise that when the powderpuff game ended that the seniors were again the winners. The seniors took the win with a score of 21-0.

Even though the seniors won, the juniors were not embarrassed by the score as Jorge Irepan, a junior at the game said. “No, I’m not ashamed of the score because at the end of the day it’s all about having fun and showing school spirit,” he said. Yes, it was a loss for the juniors but they’re not embarrassed by the score. They are aware that there is more to these games than winning, having a good time and being able to take a loss also shows character.

That is not to say that the juniors were content with the final results. As Vianney Vargas,  a junior player expressed that, “I was not satisfied with the score, but it was our first time playing and it was really fun.” So even though Vargas wasn’t happy with the score, she wasn’t ashamed or frustrated at the fact that they lost. Instead, she recognizes that she enjoyed the game and that having fun was what mattered in the end. This again shows good sportsmanship from the junior class.

Now when seniors were interviewed after the game we were able to sense their joy. This also includes the seniors who were cheering the players on. For example, when Jason Rubio, a senior cheerleader present at the game was interviewed his first remarks were, “Yesssss, we won the powderpuff again”. When asked why he was so excited that the seniors had won Rubio said, “It was satisfying that we won, but what was really satisfying was that we had won two years in a row.”

The consecutive wins indeed energized the senior class. It also explains why they would be confident that they would win prior to the game. Senior player, Edith Martinez, was satisfied with winning.  “It was satisfying especially when Marly scored because we celebrated by doing our handshake,” she said It’s clear that winning was satisfying but for the player, it was spending time with their friends. It is the comradery that also elevated the spirits of the players. Seeing their friends score, celebrating and motivating one another. It is a great way to make memories with friends, especially for the senior class.