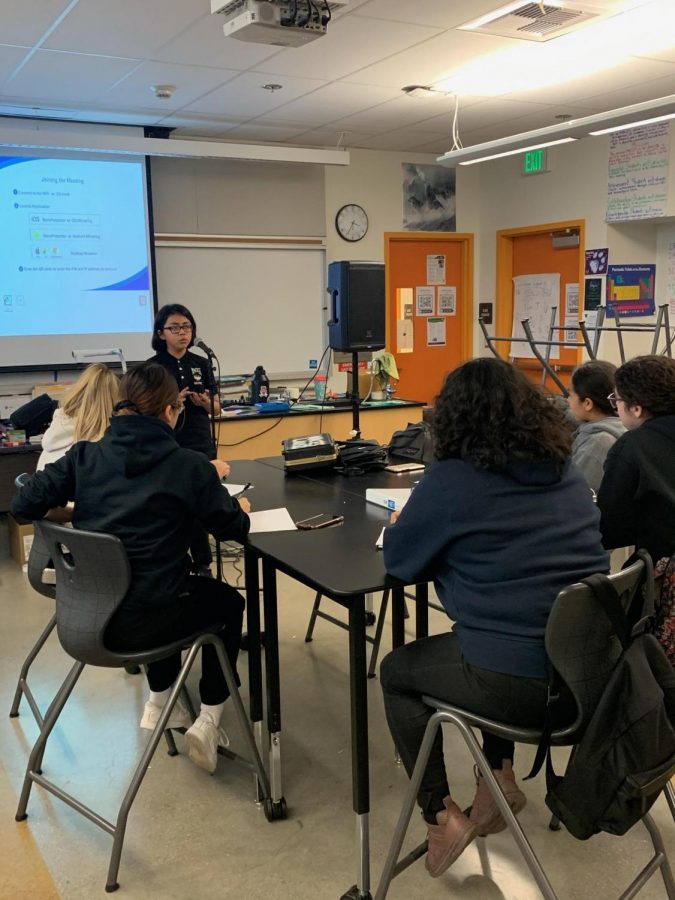 What’s a better place to show off people’s talents than a talent show? A crowd, lights, and all the works for one night of fame. But there are people who don’t believe they’ll make the cut.  “If you think you have a talent, then go and perform,” Cristal Pereira, a junior, said.

The MACES talent show is entirely run by students, with the supervision of Mr. Nunez. He has prior experience running talent shows at Gage Middle School, so he knows the process it takes to make one work.“Last year Mr. Duran performed as a member of NSYNC, and it was a full house that night,” Nunez, said. It’s a school-wide effort, with teachers and students putting in work to make it entertaining, even the principal put on a performance.

Just like an actual show, there will be an admission price. pre-sale tickets will be three dollars, and at the door, tickets will be bumped up to seven dollars. The price is well earned, because of all the production value put into the performance.

There are multiple auditions months prior to the actual show, giving the opportunity for acts to get better and make it on the lineup. It’s no small talent show either, Nunez plans to make it a two-hour-long showing of talents and other acts. Auditions were held on the fourth of February, and evaluated by a committee of students. The actual showing will be held in the MPR on March 22 from 6 p.m. to 8 p.m.

There is no absence of talent at MACES with multiple musicians on campus and students who may have a hidden talent. Some of these talents include the soloist Cristal Pereira, the group consisting of Jesus Garibay, Jesus Montoya, Carlos Romero, and Matthew Sanabria, and never forgetting the boy band member Mr. Duran, who all performed at last year’s show. The over-arching reason why there are all these performers is that it’s fun and the act of showing off their talents makes for an enjoyable show.

Duran won’t be the only staff member performing; however, Nunez said, “We have to plan for a few teacher performances,” meaning that there is a very high possibility that more teachers will have an act, which is something to look out for. The talent show will be an entertaining production and a great opportunity for those looking for exposure and a fun experience.