The Top Five Video Games to Play During COVID-19 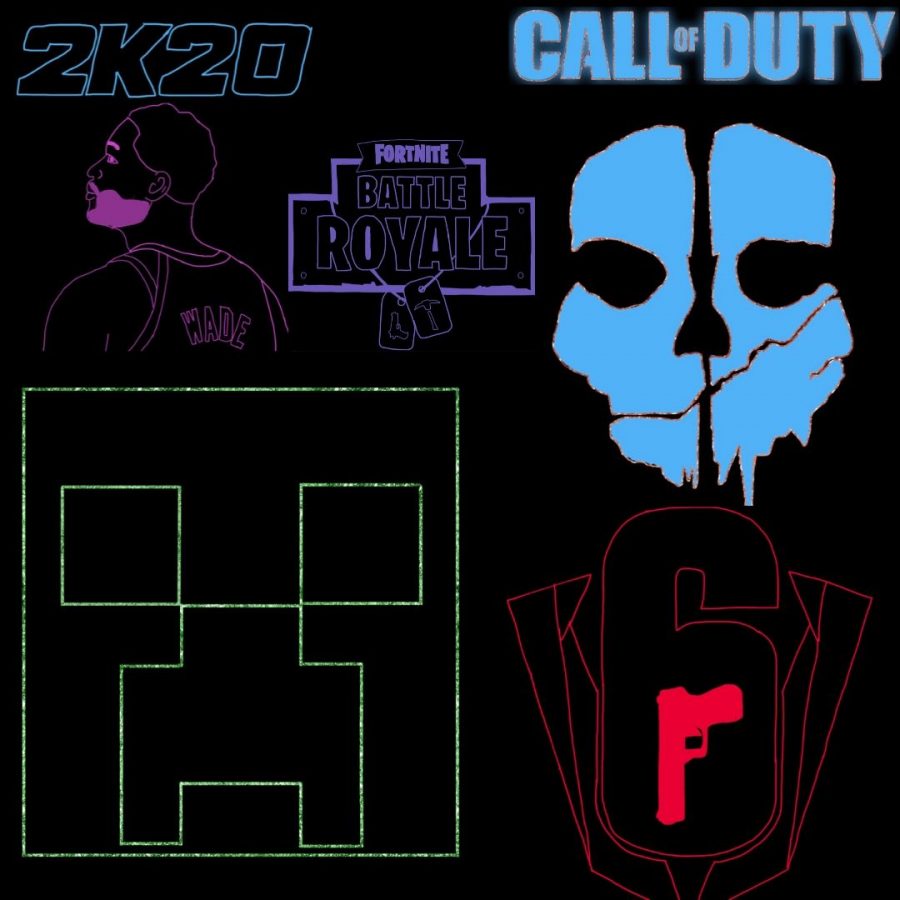 The COVID-19 outbreak for most students took away all opportunities to hang out with friends during after school hours. But with the outbreak came new opportunities for a platform that declines when students attend school: video games.

A survey of about 50 students conducted by Wolfpack Times gathered the top video game picks. If one is bored at home and happens to have a gaming console of your own, today we’ve made a list of the top 5 video games.

Number Five, Fortnite. Fortnite Battle Royale is a competitive shooter game between 100 players as they air-drop out of a moving “battle bus,” then fight to survive as the play area slowly shrinks. For parents worrying about shooter games, the game’s graphics are set for more of a cartoonish feel, no real blood is shown in the game. Noe Cruz, a freshman, loves the game as it is very customizable and fits anyone’s imagination. “You can buy outfits, wraps for your weapons, and dance moves. It is very cool to see all the things you earn or buy in-game, ” he said. As a soccer player, Cruz has a very competitive mindset, COVID-19 has stopped him from playing soccer, but he still has Fortnite.

Number Four, NBA 2k. The game has many different game modes that give the player the experience of being a pro-basketball player in the NBA. NBA 2k’s fan-favorite mode is MyCareer. This game mode allows the player to create their NBA player to his/her preferences. This is a video game very adequate for teenagers as it includes no violence. Kenneth Lara, a junior, believes his love for basketball is what attracts him most to the game. “It’s a way for people who love the sport of basketball to feel like, they are playing in the [NBA] league,” he said. Lara also believes it builds a sense of teamwork as the game allows the playerto team up with their friends against other players around the world.

Number Three, Rainbow Six Siege. The game is based on online tactical shooting; it highly emphasizes environmental destruction and teamwork amongst players. Currently, the game has 20 playable maps allowing the player to customize his/her character for battle as they please. With high levels of violence shown in the game, it is recommended that the player is 17 and up to play. Caesar Chacon, a junior, likes the aspect of teamwork that the game possesses. ¨You never know what is going to happen next, what the outcome of the game will be. This makes you have to team up and create the outcome you want,” he said. When Chacon plays the game he gets nostalgia for late middle school nights playing with old friends.

Number Two, Call of Duty. Call of Duty is a first-person shooter video game franchise, the games range from World War gameplay to gameplay set in modern times. With interesting story modes and several unique maps in multiplayer mode, there seems to be no chance of being bored in the game. The most recent installment, Modern Warfare, you can play cross-platform which means you do not have to have the same console as your friends to team up. Like Rainbow Six Siege, Call of Duty has some violent elements and is recommended for players 17 and up. Ricardo Castillo, a junior, feels he has felt a sense of involvement throughout his years in the Call of Duty Community. “I’ve enjoyed the games through the years because it doesn’t matter what mode you’re playing, you will always be involved in the action,” he said. Castillo has played Call of Duty since the age of ten and childhood memories are what makes him come back every year for the new game.

Number One, Minecraft. Minecraft is a first-person, puzzle-adventure game in which players mine pixelated landscapes to harvest stylized cube-like materials. Through hard work and survival, players can build anything your mind imagines in Minecraft. It was released more than 10 years ago in 2009 but is still popular to this day. David Lopez, a sophomore, uses Minecraft as a platform to let his imagination roam freely. “You can create anything you think of, you can create houses, statues, and even armor for your character,” he said. Lopez also uses Minecraft to take his mind off real-life problems.