Drive-bys are for Students 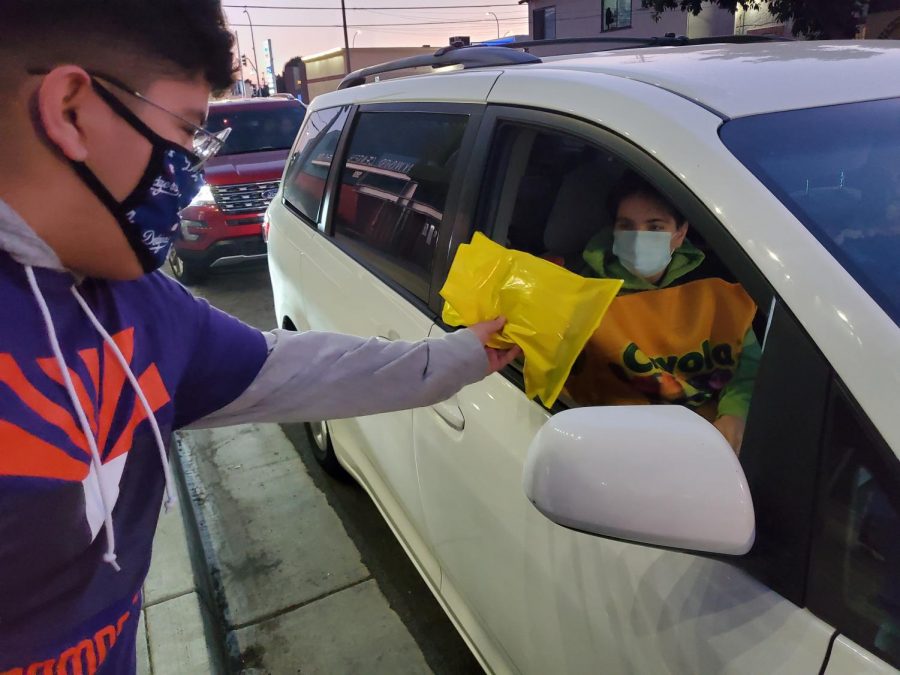 LEADERSHIP HOSTS HALLOWEEN DRIVE-BY- Due to the coronavirus, people were not allowed to go treat-or-treating. However, Leadership hosted a drive-by where students passed by the school to receive a candy bag. "First initial thoughts were to bring this to the community because kids can't go trick or treating. The community is stronger with the public," Ethan Roman, a sophomore, said.

MACES drive-bys are events hosted by MACES leadership. The events serve as a way to give back to students. It’s a nice way of showing students they’re not alone.

The event hosted by leadership on October 30 gave a bag of goodies to students who drove by or students who passed by.  Because Halloween was canceled, it would have been a strange year… well a stranger year. The drive-bys are simple; people drive to the entrance of the school and receive whatever it is they’re giving. In this case, it was a bag of candy along with a hand sanitizer, and a first-aid kit. The leadership group was dressed up in costumes and everyone stayed true to the Halloween spirit.

They did a similar event where they gave goodies to students who completed the census. Alright, this was going to be an informational doc about what the drive-bys were but most students reading this most likely were at the event so this wouldn’t even inform them about much since they’ve experienced it firsthand. Instead of keeping it professional, I’ll go on a little tangent explaining what this means.

For starters, “Not many people show up to the events, and it’s disrespectful,” Ethan Roman, a sophomore said. The amount of MACES students that attend the drivebys is very minimal and doesn’t show enough school pride. It’s quite the underwhelming reception. But of course, people can’t be forced to attend events if they don’t want to.

“…sense of connection to school especially right now,” Ms. Rincon, a music teacher, said. Students aren’t happy with school online, as shown here and here and even here‌. It’s no secret that schooling is different and one of the biggest inconveniences is not being able to see people in person.  But what if you could go to school, for a small period of time, to see your friends? Even if it’s for a minute it doesn’t sound too bad.

What do these events actually mean? No seriously, why should students care? These events are for the students. The leadership group doesn’t do this for themselves; they care about their classmates and they’re trying their best to give them a good year.