To Poke or not To Poke that is the Question 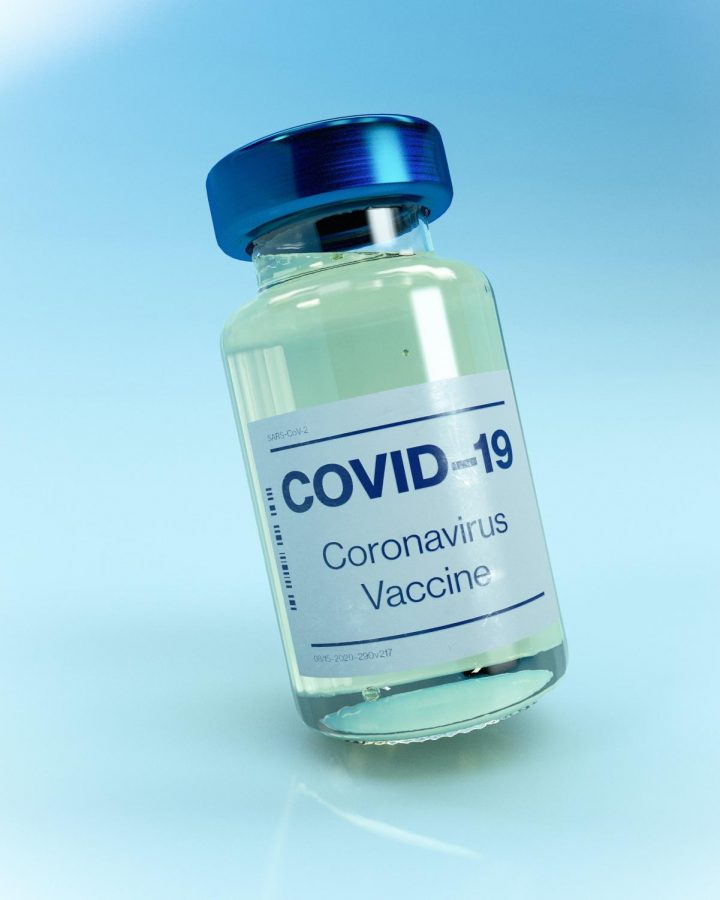 Photo by Daniel Schludi on Unsplas

A DIFFERENT LIFESTYLE- Due to Covid-19 it has been a difficult year when it comes to social interactions. Due to this, everyone awaits a cure for this deadly virus. "I would gladly take the vaccine..." Maria Pulido, a parent of 4 said.

For almost nine months everyone has been quarantined in hope of having a vaccine soon. Although there isn’t any vaccine yet, many may be wondering whether people around the community will decide to take the vaccine.

How does a vaccine work? Based on public health, “A vaccine works by training the immune system to recognize and combat pathogens, either virus/bacteria.” This means that in the vaccine they may incorporate the virus in the cure to help the body recognize a way to combat the virus. This keeps a library of all the viruses that have been in the body and how they fight it.

The new vaccine for the coronavirus is a little different. According to The Washington Post, “…new generation of vaccine technologies is based on deploying a tiny snip of genetic code called messenger RNA to trigger the immune system. It has never before been approved for use.” This means that compared to our traditional vaccines they wouldn’t be using dead or weakened sort of virus. They would be collecting “genetic code” to essentially do the same thing the traditional vaccine does.

Based on this, would people still be willing to put on the vaccine? A junior who would like to stay anonymous for personal reasons said, “No, I wouldn’t take the vaccine because just like the flu shot they input the virus into my body… but what if at some point my immune system isn’t able to defend itself against covid, I may possibly die.”

In rebuttal, a mother of four, Maria Pulido says she would gladly get vaccinated. “Of course! I would gladly take the vaccine, because, first of all, it will benefit others and myself. This will help us protect each other,” she said. Based upon an Instagram poll out of 45 people 60 percent of them think that the vaccine should be mandatory and 40 percent  think it shouldn’t be mandatory for the sole purpose of protecting each other.

Although there is a disagreement on whether to get a vaccination or not, people wonder if the vaccine should be free to low-income families. A sophomore student who would like to stay anonymous for personal reasons said, “I think the vaccine should be free of charge for those who are in low-income families because they have been the most affected.” Most people agreed that low-income families shouldn’t have to pay because right now everyone is going through an economic downfall. Valeria Pulido, a 7th grader, said, “…doesn’t matter whether rich or poor people should have the same resources, because we are all human.” Some people think it shouldn’t necessarily be free.

“I don’t think they should charge much. They have to charge because of how much money they’re spending to make it. … for lower-income communities they should charge less because the vaccine should be accessible to everyone,” Matthew Heredia, a sophomore, said. From an Instagram poll, 97 percent of people said low-income families should get free access to the vaccine. While 3 percent  of people say they shouldn’t. This shows how a large group of people have the same thoughts when it comes to free access to the vaccine.

The pandemic has affected everyone from not being able to go to school or work, and mothers/fathers having to be second teachers. As time has passed doctors are working hard every day to try to make vaccine prototypes. On November 9, 2020, a poll on Instagram asked the people if they would volunteer to be one of the people who would be tested on. Out of 45 people, 37 people said they would not volunteer. That is 82 percent of the people who voted. Compared to the other 18 percent  (eight people) who said no they wouldn’t like to be tested on.

Covid-19 has brought many challenges, and that includes wearing masks and having to be cautious around other people. Like the tuberculosis vaccine, should the covid vaccine once approved be mandatory? Based on an Instagram poll done, 25 out of 42 people said it should be mandatory; while the other 18 people said it shouldn’t. “I don’t think it should be required because of some people’s ignorance they would start trouble, but the government can only do so much to protect the people, and people can only do so much to protect themselves,” Heredia said.

Although there are many differences when it comes to the vaccine, everyone will take the side that will best benefit themselves and their families. Nonetheless, finding out how people in the community think and feel about this “future” vaccine will benefit the community. This makes people more conscious about what is going on in the surroundings, and what news is going around. Unfortunately, no one knows when we will go back to “normal,” but until then social distancing, masks, and lots of wrinkly fingers will have to be put into practice for a couple of years.