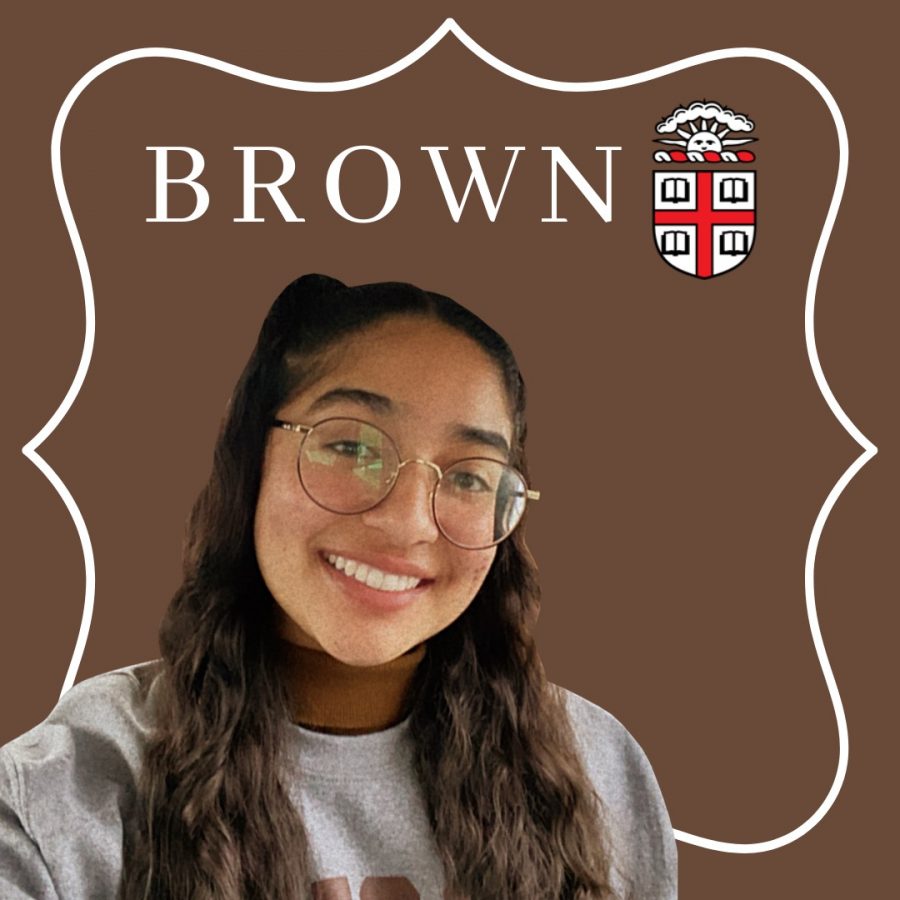 ADMITTED TO A TOP 40 SCHOOL- Melissa Ponce, the Wolfpack Times’ Editor-in-Chief of Design, recently received her acceptance letter from Brown University. Given that the school has, on average, a 7 percent acceptance rate, Brown has been deemed highly-selective time-and-time again. “When I saw the banner that said ‘Welcome to Brown,’ I was in shock. It took me a few seconds to realize that I got in,” Ponce said.

The lack of representation in higher education can make a lot of first-generation high school seniors feel discouraged about the college application process. However, when Melissa Ponce, the Wolfpack Times’s very own Editor-in-Chief (EIC) of Design, was admitted to Brown University, it sparked nothing but pride in those who know her.

“She is a bright student, who always goes beyond expectations. [She’s proof that] change can only happen if people from our communities fill positions to make real change happen,” Ms. Navarro, a biology and physiology teacher, said. Navarro believes that Ponce’s admittance is definitely something to celebrate. Seeing a Latina in an Ivy League school is super important, especially because Navarro believes she is 100% deserving of her acceptance. Navarro goes on to say that representation in higher education needs to be stressed more; little girls need to know that going to a Top 40 school doesn’t have to be solely a dream.

Mancilla appreciates that Ponce can refrain from having a competitive nature. She goes on to say that Ponce fosters a trait that most don’t have—she views education as an opportunity to work with others.

“You don’t want to ever undermine your potential when there are people out there that do believe in you,” Melissa Ponce, the Wolfpack Times’s EIC of Design, said. Ponce believes that in order to increase the diversity in prestigious schools, like Brown University, communities of color need to start having serious discussions about life after high school. For students to even have a chance at being admitted into these schools, a leap of faith must be taken first.

Ponce advises students to utilize school resources for guidance and to showcase their story on the personal statement of the Common Application. She believes displaying one’s voice through writing is perfect for going beyond academics and extracurricular activities. Ponce stresses the importance of being vulnerable with admissions officers: “They need to get a look into your life,” she said.

Regardless of her successes after high school, MaCES and the Wolfpack Times are proud of Ponce’s accomplishments.