A New Season In New Circumstances 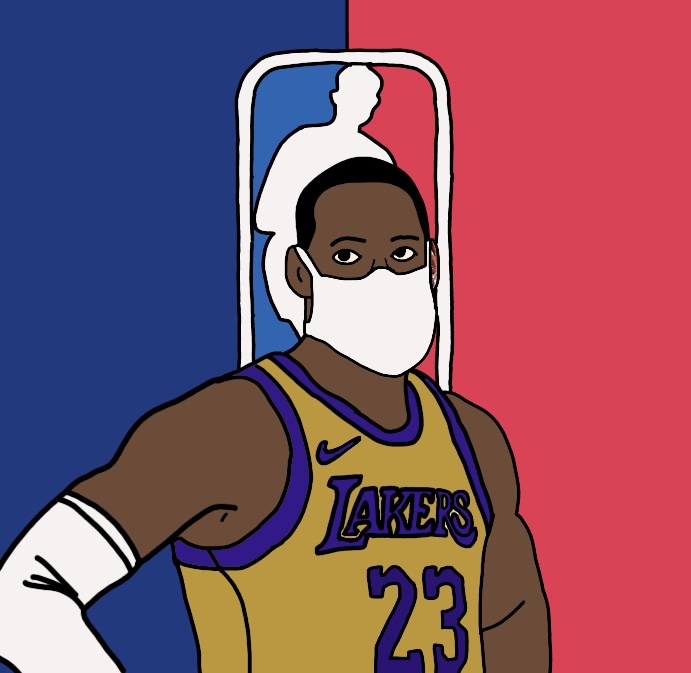 A BROOKLYN SUPERTEAM- The biggest trade came in the form of Houston’s star shooting guard, James Harden, moving to the Brooklyn Nets.“I think the trade between the Nets and Rockets was pretty surprising. It was cool to see how much the Nets were willing to give for Harden,” Andres Angulo, a sophomore, said.

With the shortest off-season in NBA history, the 2020-2021 season began rather quickly. Two months into play, the league has new faces on different teams and a new season under different circumstances.

This season started under new circumstances. Unlike the Bubble, teams play in their respected arenas with limited attendees. Although they have more freedom than before, NBA players are at a higher risk of contracting the virus as they travel from city to city when playing away.

Because players have been catching COVID, recent games have been postponed—there are not enough players able to participate. For example, the Washington Wizards are recovering from losing half of their team due to COVID protocols. “I feel like another Bubble situation would’ve been safer in regards to not catching COVID,” David Torres, a senior, said. As a basketball fan, he believes the bubble was a safer way to keep players away from infection.

Just like the NBA season started under changes, some players went through change too; This offseason came with very surprising trades.

The biggest trade came in the form of Houston’s star shooting guard, James Harden, moving to the Brooklyn Nets. “I think the trade between the Nets and Rockets was pretty surprising. It was cool to see how much the Nets were willing to give for Harden,” Andres Angulo, a sophomore, said. Angulo, along with many other fans, were shocked this January when Harden became part of a superteam that includes Kevin Durant and Kyrie Irving.

The second biggest trade this offseason came in December, when veteran point guard, Chris Paul, joined the Phoenix Suns. Paul joined a young team with Devin Booker and Deandre Ayton. This season, they hope to bring the Suns to their first playoff appearance in more than 10 years.

Already into the 7th week of NBA, action sports analysts and fans seem to have their contenders for the 2021 NBA Championship. As the leaderboards stand, the Philadelphia 76ers hold the best record in the Eastern Conference, while the Utah Jazz holds the best record in the Western Conference. However, according to an ESPN article, sports analysts have the Lakers and Nets as favorites for an NBA Finals match. But what do the fans think? Both Angulo and Torres believe that the defending championship Lakers are the favorites to win this year’s NBA title.

To catch up on the latest news on the NBA, visit nba.com.