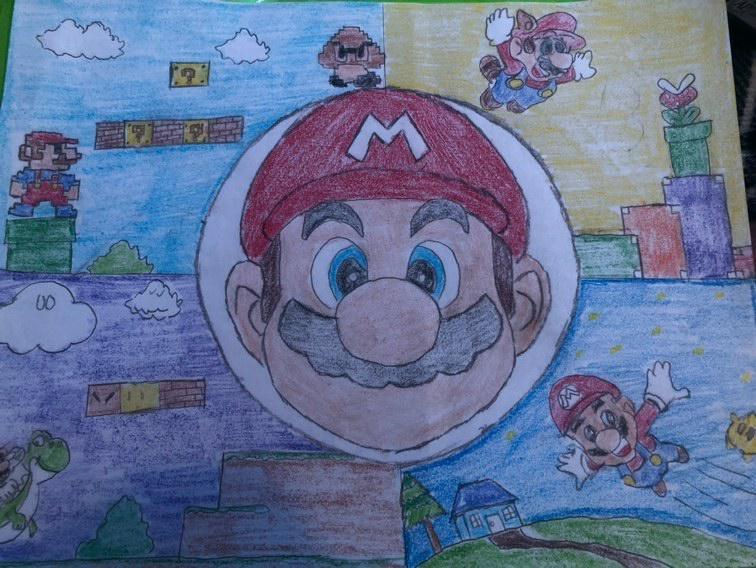 WHY PEOPLE CAN'T GET ENOUGH OF MARIO - Super Mario has been competing and succeeding for so long that old and new gamers always come back just to grab the controller and play again. "I know that there've been a lot of new games with Mario involved, but I always go back to the original ones. To me they're just way more fun, despite all these new characters and new editions...the originals are the best," Mr. Marquez said

Over many years, video games have come a long way, and many memorable characters have crossed the paths of many gamers. From Sonic the Hedgehog, to Donkey Kong, to Link from the Legend of Zelda games, one remains memorable since day one: Super Mario.

March 10 is considered Mario day because when Mar (abbreviation for March) and 10 are combined, they form Mar10, which looks similar to the name Mario, and it only made sense that the day would become Mario Day.

Super Mario and the Super Mario games have had a long-lasting legacy, dating back to 1983 with the creation of Super Mario Bros. for the Nintendo Entertainment System (NES for short). Today, there are still Super Mario gamers who have appreciated and enjoy all of the Mario games created by Nintendo. “I used to play often growing up. I haven’t played it as often as I would like to just because I’ve been so busy. But Super Mario is definitely my go-to game,” Heber Marquez, Intervention Coordinator, said.

Super Mario has evolved throughout the years, but it’s spectacular that everyone still enjoys and love it, and no matter how long a former Mario lover has stepped back from the games, or how long they have played Minecraft for, the sight, signs, and sounds of Mario will always pull them back to the old, nostalgic, fun times. “When I think of Super Mario, it reminds me of the good times…it takes me back to THAT moment, you know, as a kid when I was able to play video games and I was like ‘There are no worries. Let me play Super Mario and that’s it!’…It reminds me of my childhood, and the conversation I would be able to have with cousins and friends…it was some sort of peace of mind that Mario brought to me, to an extent,” Mr. Marquez said.