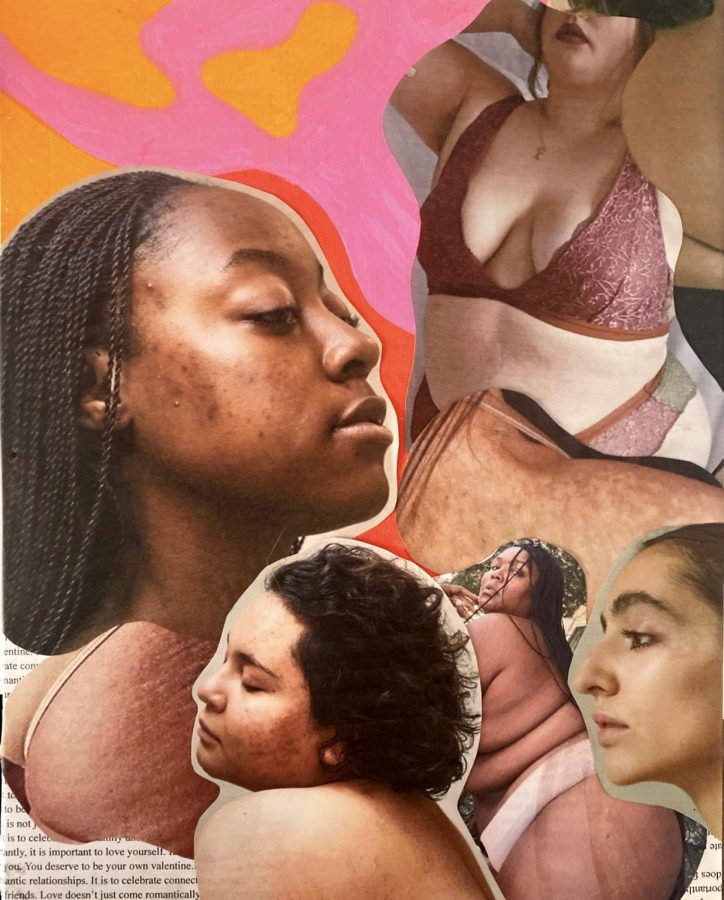 The media has always played an important role in how people strive to appear, and as it begins to expand to younger audiences more and more, it is also important to begin to display diversity with body types, race, and sexuality. "....Growing up the beauty standards were being skinny, have no flaws whatsoever and I’m so happy we’re finally getting rid of that beauty standard because realistically, who even looks like that in real life?” Nell Henry, a body-positivity activist, shared.

It’s pretty clear that social media platforms have an impact on people’s self-confidence. Whether that impact is negative or positive really depends on the individual and what they have been influenced to believe.

However, it is important to recognize these effects as social media usage expands to younger audiences. “Because I’m on [social media] all the time, I see a ton of girls who I wish I looked like, and it makes me insecure about myself,” Ashley Melero, a high school senior, said. Melero shared that society’s standards have influenced her both online and in-person, which has led her to experience bullying, low self-esteem, and eating disorders in the past.

Society’s beauty standards have always been a major influence in the world. Beauty standards can be found in magazines, the music industry, photography, artwork, and social media platforms. There’s no doubt that negative self-perception is influenced through these outlets. “A 2016 study found a strong link between consistent social media use and negative body image issues including dieting, self-objectification, and body surveillance,” according to clementineprograms.com.

Although social media is proven to negatively affect people’s mental health, it has also allowed for some positive movements to become widespread. As stated by psychologytoday.com “The body positivity movement has caught on, in part, due to social media.  The philosophy underlying this movement is that society’s messages about beauty are oppressive and unobtainable.” The growth of the body positivity movement has definitely allowed more people to be more comfortable in their skin.

Body-positivity activists like Nell Henry, @nellhenry on Instagram, believe that social media has definitely improved with the body positivity movement. “I think it has evolved a lot! Growing up the beauty standards were being skinny, have no flaws whatsoever, and I’m so happy we’re finally getting rid of that beauty standard because realistically, who even looks like that in real life?” Nell shared, “Society still has a long way to go in regards to accepting plus-size people, but we’re slowly but surely getting there.”

At times, seeing people using many filters and alterations makes it hard to remember that a lot of social media just consists of filters and poses. However, people who chose to be “artificial” online would have no power over an individual if the unfollow button was pressed. “I would recommend that you unfollow or block the people who are making you feel insecure online. The first step to loving yourself more is removing negative things from your life,” a person who chose to remain anonymous for privacy reasons, said. There’s nothing wrong with using filters, Face-Tune, or any other forms of self-alteration, but if an individual’s self-esteem is affected by another user, it’s important to remove the user from their feed.

As the body-positivity movement continues to evolve, more and more diversity will be included in mainstream media in hopes that younger people are able to accept their individuality even more. “Young people depend on what they see in magazines and social media, so I think it’s super important to show diversity so that young people and kids don’t grow up thinking they’re ugly or abnormal for not looking a certain kind of way,” Nell said.