The One and Only: Carola Martinez 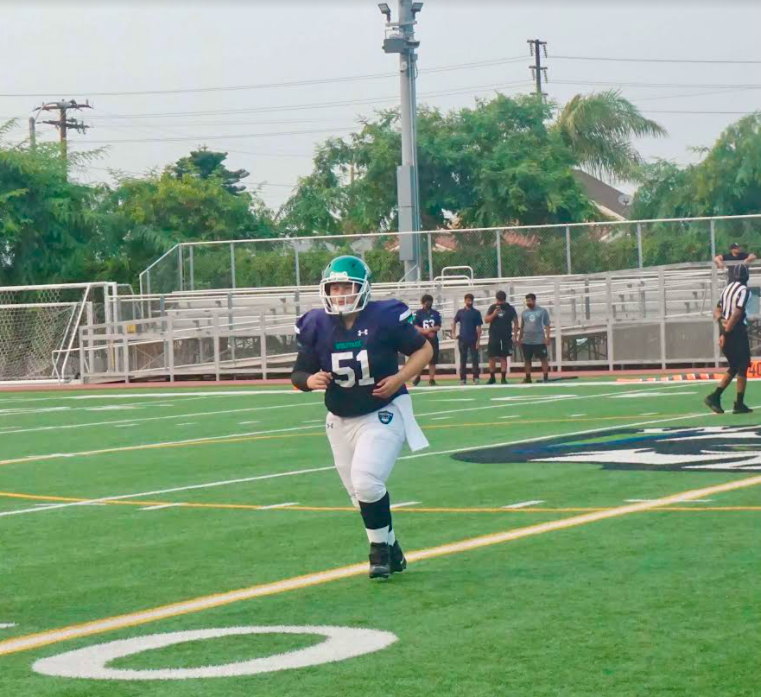 While being the only girl on the team, she gives it her all.

Carola Martinez, a sophomore, joined the football team during her freshman year, and unfortunately only played for a few months this season. Despite the cut off, Martinez enjoyed the time spent practicing and playing in the few games that were assigned for the team.

She says her inspiration behind joining was because the sport had caught her eye when she had seen a post that was featured on the MACES Instagram page. “I started hearing that we had a girl on the team, which was Melissa Crist, and I saw the post on Instagram where she had scored, and I had seen that everyone was cheering for her and the team was jumping, and I was like, Wow!, I really want to do that someday when I can and then here we are,” Martinez said. She felt moved by seeing Crist do something that most people don’t usually see when it comes to football.

This was truly an eye opening moment for Martinez. The fact that football includes so much contact was a big plus for Martinez since this is something she looked for. Martinez had doubts about joining at first, but after thinking about it for a while, she decided she’d just give it a shot and find out for herself if it is something that she’d like. In the end, she ended up loving it! Her time spent with everyone on the team was definitely joyful.

Martinez said if she could describe her fellow teammates with one word, it’d be dedicated. She says even if the team is messing around during practice and getting their coach mad, they always give it their best. Even if some of their games don’t go as planned, they will not let a scoreboard define them and will continue to put in the work that is needed in order to succeed.