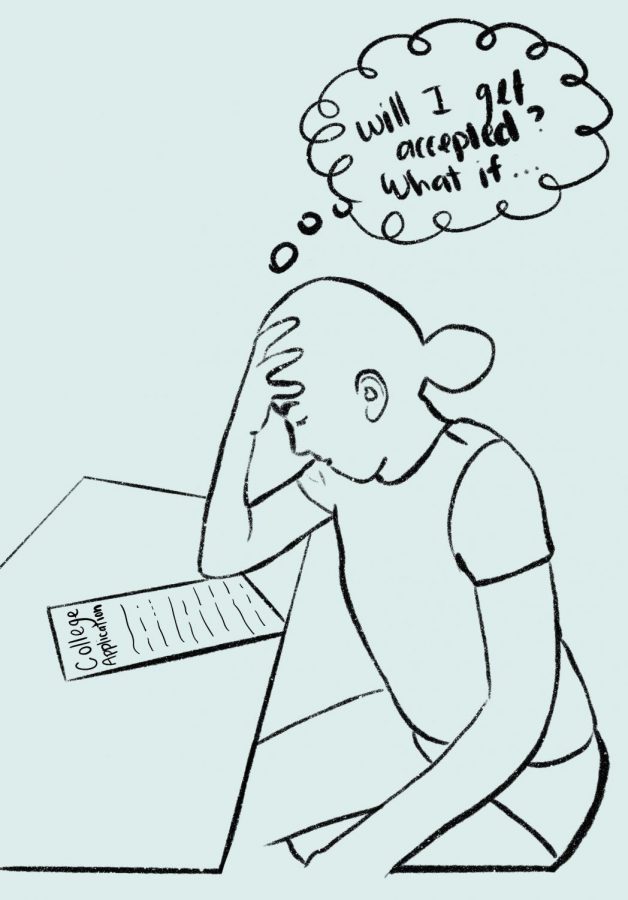 For many students at MACES, college is just around the corner. But with the countless challenges that come with becoming a college student, students are divided with feelings of uncertainty and excitement.

With college becoming increasingly competitive, many students feel uneasy. The National Association for College describes how colleges on average accepted 66.1 percent of first-time freshmen. “I am pretty scared and nervous, because I have heard how tough college can be, and I am not really anticipating it at the moment, but I have to prepare myself,” Anahy Barajas, a junior, said.

Another worry lingering in the minds of students is the cost of tuition. It’s no wonder since the total U.S. student debt is 1.5 trillion dollars according to Forbes. “Yes, I am worried about the college tuition, because when I leave high school my parents will have two kids in college,”  Daniel Gonzalez, a senior, said.

The lack of resources provided to students in the Southeast area is also a concern for students. Since wealthier communities are able to collect more funding, schools in low-income areas tend to receive less than those in more affluent cities, according to The Edvocate.org. “It’s not fair. Students in the Southeast area get neglected-it’s an injustice,” Gonzalez said.

Despite all the nerve-racking thoughts of leaving high school, these students are excited about what lies ahead. Hassan Saleh, a senior, describes what he plans on studying in college. “I plan on pursuing a major in anesthesiology and entering medical school.” He describes how leaving for college is a huge transition since there will be new obstacles and new people.

Since Barajas was little, she has had her heart set on a dream school. “My dream college is Princeton University-it’s been my dream college since elementary school, and it would be really great if I got in,” she said. She is in a variety of clubs such as Science Bowl and the Girl’s Basketball team and is very aware of the chances of getting into a prestigious school. She said there are so many well-rounded students and the low acceptance rate makes it that much harder to get into an elite school.

However, students on campus are doing what they can now in their high school career to prepare themselves for the future. “I interned at a non-profit, the Southeast Community Foundation, which helps kids in the Southeast area with different things that they need and that inspires me to one day give back to my community,” Gonzalez said.

Although Quintana is worried about college, she shares what keeps her motivated. “Seeing my brother’s college graduation, he was part of a minority group that it made me think about how Hispanics or Latinos don’t really attend college after graduation, and that just made me see how education is really important.” With the ups and downs of preparing for college, students find themselves with feelings of apprehension and enthusiasm.