Cellphones: Distraction or a Tool? 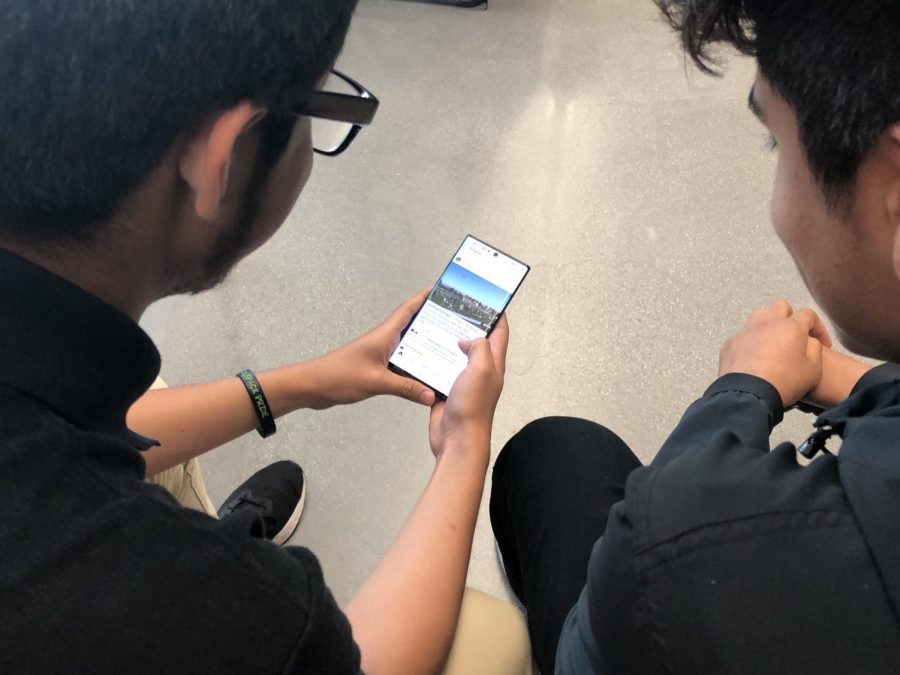 Cellphones are constantly being debated whether they should be allowed in school or removed completely.  “No, because I want to play in class,” Matthew Barajas, a junior, said. This just goes to show that students are heavily addicted to their cellphones, and they are a huge distraction in classes. This distraction causes their brains to focus more on technology than their studies in class.

Some teachers believe they should remove them from classes, because phones are just distractions and limit the kids learning capabilities. Ms. Perfecto, a science teacher, said, “We shouldn’t ban them from schools because phones have some capabilities than the chrome won’t have because chrome books have limits and don’t have things that cellphones do.”

Cellphones have great advantages with apps such as Google Docs, Slides and more. With phones, students can do their work on the go. But cellphones can also influence some student’s mental health by the use of apps such as Snapchat and Instagram and causing depression at a young age according to psychalive.org.

Depression can be caused by using social media. George Cabeza, a junior, said, “Depression usually occurs when someone feels good about something and puts it on social media and gets brought down with hateful comments making someone feel insecure about themselves and ends up causing anxiety.”

There have been so many incidents, and they don’t speak out about it because they think their opinion doesn’t matter. Cellphones have amazing capabilities that can help the users, nevertheless, it can cause damage to the younger audience with distractions that can affect their lives.

Cellphones are becoming an epidemic and with more than half of the high schoolers owning a phone. Perfecto said, “I used Instagram and twitter for a max three hours a day.” Other students like Barajas said, ” I use them for two and a half hours .” This is an addiction that needs to slow it because It’s causing mass addiction within all the people.