The Unknown Objects In the Sky 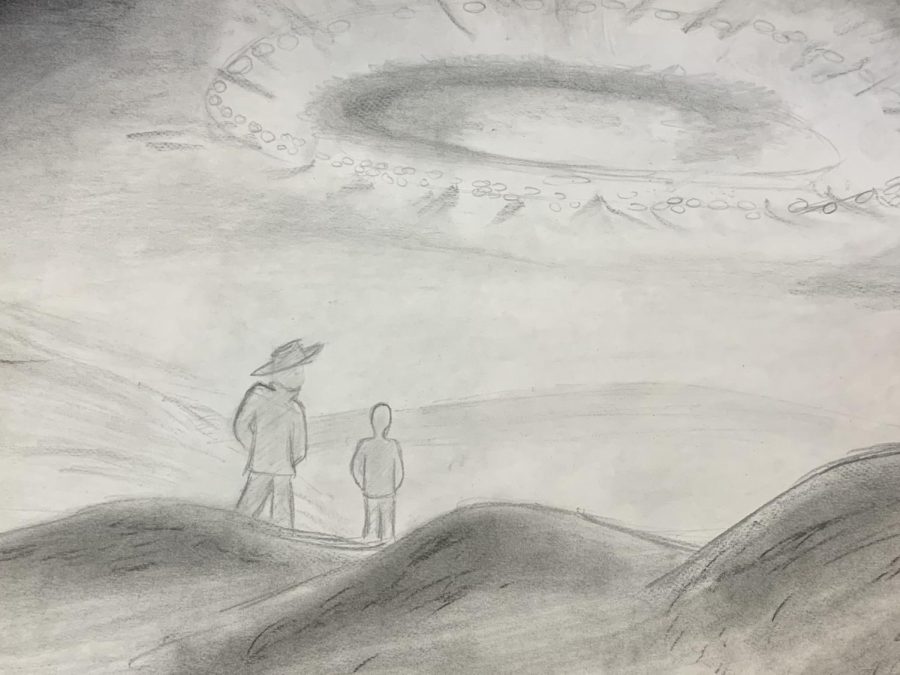 Outer space. People tend to forget that the earth is floating in an immense amount of nothingness, but is there really nothing out there? Many disagree, and use the evidence of UFO sightings as a way to convince others that there is life beyond this planet, while skeptics turn to the excuse that the objects in the sky are a figment of peoples’ imagination.

UFO stands for Unidentified flying objects, which is an aerial phenomenon that cannot be identified right away. Many of these objects are unknown to the common person, but they may be a part of a government or private company’s project. Yet, it is the fact that the common person lacks information about the object that they witness that they conclude that it is an extraterrestrial object.

UFOs have been sighted all over the world. In 1947, the first well known UFO sighting was recorded. A man by the name of Kenneth Arnold who spotted nine objects while flying his small plane near Mount Rainier. He described them to move as a saucer on water. It is from here that the term Flying Saucer became very popular.

Over the decades, sightings of these UFOs have evolved and the entertainment industry has had some influence. In the ’40s movies began to include saucers that were a reenactment of what Kenneth Arnold had described. By the ’60s people were describing these sightings as close encounters rather than sightings in the sky.

When asking students and teachers at MACES it is made evident that there are people who believe in UFOs as they are people who don’t believe in ufos. A junior, Angel Alfaro, believes in UFOs because he had a personal experience that cemented the possibility of their existence. He describes an experience.”When we went to pick my brother from college I saw an object with blue and purples lights. I was surprised because I didn’t know that it was,” he said before this encounter, he was not sure if he believed but seeing it with his own eyes gave him an answer.

Angel Garcia, a junior, is a bit more skeptical of their existence. He explains that ”despite the whole hype around  UFOs, I personally think that they exist as those aircraft that are new and way too complex that we don’t really understand what they are.” He goes on to explain that it is this lack of information and understanding from normal people that leads people to believe that they are aliens. Interestingly, he makes a strong point.“History shows people are influenced by films and the excitement of the moment,” he said perhaps one should think twice before assuming that UFOs exist when in reality it is something that many don’t know about.

English teacher, Mr. Marquez, who gave a more indecisive opinion, said, “The main reason I don’t believe in UFOs is because I’ve never witnessed anything,” suggesting that the doubtful teacher is open to the possibility of life outside of earth.

When reviewing the history and the opinion of fellow students and teachers on can say that it depends on every individual to decide.