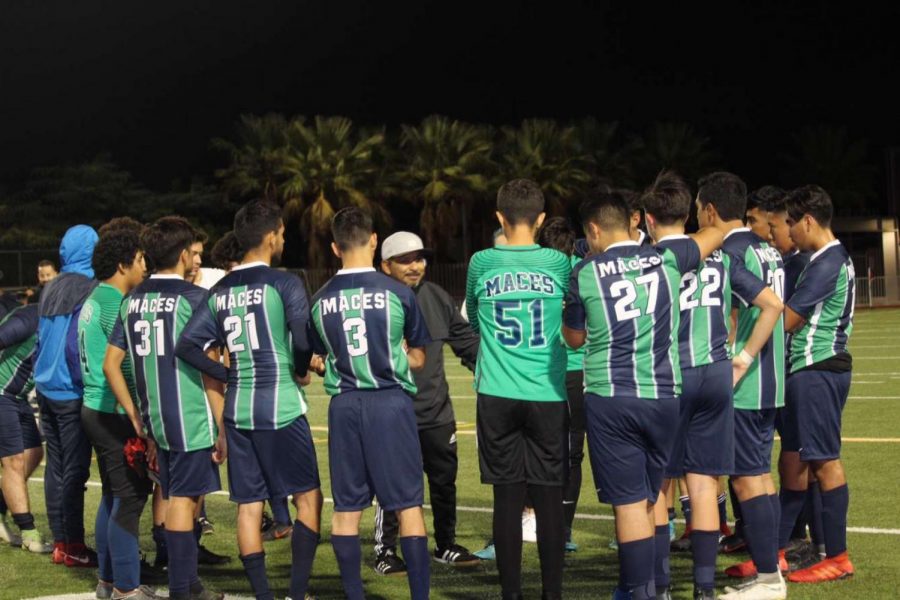 Two separate teams with the same goal. Both boys and girls soccer are aiming to win championships. Both teams push themselves when they practice, condition, and prepare for games. Day in and day out, they are working hard to reach their shared goals.

Both JV and Varsity Girls Soccer teams are out on the field practicing in every weather condition. The girls team has already won games in their preseason which is a result of their hard work.

“I am not only looking forward to season but how far our team goes after that,” Lizbeth Sanchez, a midfielder and the varsity captain, said. Sanchez’s coach, Luis Cortez, pushes the team at practices to make sure that they go back to championships. “I’m also looking forward to playing Marquez, because we tied with them last year and it will measure how far we have come,” Sanchez said. She is hopeful that with hard work and dedication they will make it farther than they did last year.

Boys JV and Varsity Soccer teams hard work has also been shining through as they have also been victorious this preseason. What does hard work look like for the boys soccer team? It all starts at practice where they run seven laps, and that is just the warm up. Rain or shine they are on the field doing drills.

“I am hopeful that we can make it far enough to win the title,” Henry Marroquin, the striker, said. He also believes that with the combined efforts of his team and coach, Walter Zepeda, they will make it farther than the previous year.

“We definitely have the talent to make it far this year. I have seen so much improvement in the entire team,” the captain, Jason Rubio, said. He has watched his teammates evolve, since he has been on the team from day one. It is his last year on the field with his team and it is his goal to bring the victory to the Wolfpack.

Both Boys and Girls Soccer are preparing for their season lasting long because of their preparation for the championship game. Both the boys and girls soccer teams have amazing chemistry that show on and off the field. Their positive energy and dedication for the sport are what separates them from the rest. It’s more than just a high school team; it is a family.