No Puttering Around: Boys Golf in Need of More Players 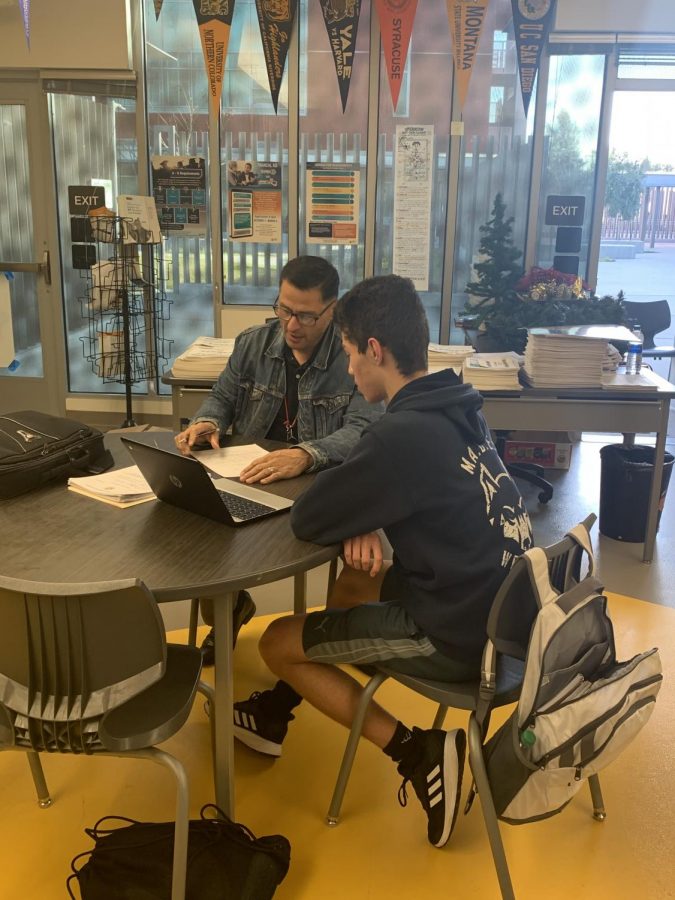 Signing Of: Jose Romero getting his paperwork in for golf.

Golf isn’t among the most popular sports in high school. What a shame that is. Golf is a sport that can be very beneficial to the mental well-being of a person. The sport requires the person to be alert and patient. It provides a form of discipline that can then influence the students’ success in school. In addition, golf also reduces stress and anxiety. It is a sport that is easy to learn and yet is harder to master.

Taking into account the benefits of golf, it is great that this year there will be a boys’ golf team on campus. As of right now, there isn’t much information available about the sport. However, that shouldn’t stop students from looking into the sport and perhaps even joining the team.

According to Mr. Nunez, the coach and a science teacher, “only two boys have signed up for the boys’ golf team.” This just shows the lack of interest of male students. Even with the low turnout, tryouts were held on Wednesday, February 5 and Wednesday, February 12 on the field for boys who were interested in joining the golf team.

“Considering that the boys’ golf team is new and unpopular, not many boys are likely to join the team,” Maximus Cadena, a junior, said. Cadena isn’t wrong when he says that golf isn’t popular, as it is a sport often overlooked and not talked about in high school. Many students from the school’s surrounding the area have little to no exposure to the sport. The little understanding they do have of the sport is enough to deter them.

Nunez does admit that the “boys team might not perform as well as the girls’ team.” His reason for this is that the boys will have to hit the ball further than the girls, “but with enough practice and dedication, the boys can still perform well during the games,” Nunez said.

Golf is a challenging sport even though it doesn’t seem like it. Boys interested in joining the golf team, whether it’s to try something new or because they genuinely have interest in the sport, should see Coach Nunez and inquire about the boys’ golf team because two are not enough to make a team.