The Safety of Maywood 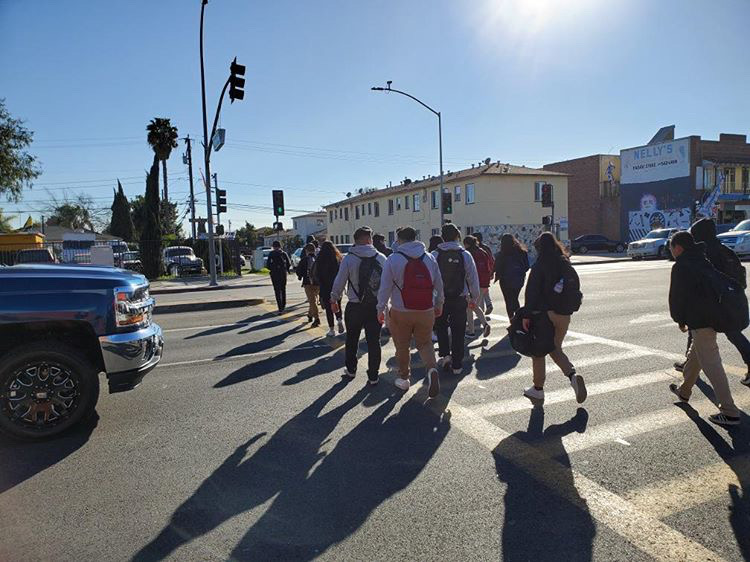 Street Caution: MACES students walking down the streets of Maywood.

The chances of becoming a victim of a violent crime are one in 300 in Maywood. The streets of Maywood being safe is something that is important to all residents and visitors of Maywood. As there are many students attending MACES, it is important to know how safe the area is.

“Sometimes it feels very unsafe,” said Rodolfo Serrano, a junior at MACES. There are problems that come within the community that most wouldn’t notice. Even though the crime that goes on isn’t usually acknowledged, it still happens on a daily basis and can happen to anyone. In comparison to other cities, Maywood isn’t that much safer, it is only 44% safer than other U.S. cities, which could affect those living in the area according to Neighborhoodscout.com.

“We only have sheriffs, and we don’t have an actual police department, so it doesn’t feel safe sometimes,” sixth grader, Brandon Gomez, at MACES, said. The closest department that Maywood has is the Bell police department. The chances of crime could be at higher rates because of the fact that there are no police force area which could give criminals more motivation to do something wrong.